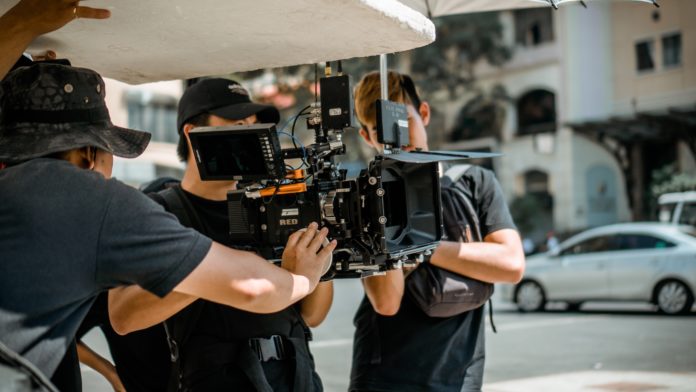 Studying online courses is an opportunity to get a new profession, improve your skills or pump up a particular skill right at home. However, this method has disadvantages: a person must provide motivation and self-control. WowEssays’s research showed that only 59% of students finish the course, and the rest drop out for various reasons.

Essay writers offer a selection of motivational films that will remind you of your actual study goals and inspire you to do new things.

The U.S. of 1953 – the heyday of the idea of ideal “Stepford wives” and the first shoots of the women’s independence movement. Art history teacher Katherine Anne Watson is hired to teach at a women’s college with a conservative charter for affluent young girls. The teachers, led by the principal, are eager to instill patriarchal ideas in the students to prepare them for the primary goal of life – marriage and raising children. However, the young teacher shows the girls that they should choose their path in life, even if it seems wrong to others. Her tools of persuasion are art and personal example.

The film shows what happens when you do what is expected of you but ignore your own needs and desires. At the same time, it is full of hope and leaves a pleasant aftertaste.

A BBC biographical film about the great astrophysicist Stephen Hawking (starring Benedict Cumberbatch). The emphasis is not on his personal life but on the young scientist’s formative years, university years, and career rise. At 21, Hawking learns he is terminally ill but continues to fight despite the disappointing diagnosis. The young scientist has to overcome neurological and social problems and defend his right to remain in the world of science.

Stephen Hawking is perhaps one of the best examples that man can do anything. Despite his near-total paralysis, the scientist continued to make global discoveries for mankind and became one of our most prominent contemporaries.

Sixteen-year-old Jenny lives in a provincial town but dreams of going to Oxford. The girl studies diligently and shows success in music, so she has all the chances to realize her dream and radically change her life by breaking out of her usual routine. Shortly before graduating from high school, Jenny meets a charming man who gradually begins to change her plans.

The film is for young people at the beginning of their life’s journey. It perfectly illustrates the eternal struggle between self-actualization and love. The film’s key message is that a man who loves truly wants another to develop and fulfill his desires, rather than limiting himself to keep him around at all costs.

A story based on actual events. Liz Murray and her sister grew up in a dysfunctional family of people with drug addictions. After her mother’s death, one of the sisters is left in her grandfather’s care, and the other ends up on the street. Despite her past, Liz does not intend to give up: not having a home, she enters school on her own and graduates in 2 years instead of 4, then receives a grant to study at Harvard. Despite life’s twists and turns and the decision to care for her sick father, the girl completes her education and becomes a certified psychologist.

A film that makes you put aside all excuses and go straight to your goal. Liz Murray’s story shows that a person with the right desire and diligence can achieve anything.

The story of a 19-year-old conservatory student who plays percussion instruments. Andrew is genuinely passionate about music and is willing to do anything to become an outstanding musician and play in conductor Terence Fletcher’s orchestra. Fletcher is incredibly demanding and ruthless with his charges. He takes Andrew as an apprentice and applies all possible methods to make him a better musician. The process gets out of control very soon and becomes a real obsession.

The film is about perfectionism that borders on insanity. If you act like Andrew, you can succeed quickly but lose everything else that matters, too.

The British Duke of York, the father of the present Queen Elizabeth, is preparing to take over the country’s government. However, the future King George is not only unsure of his abilities but is also subject to a severe nervous stutter that prevents him from speaking in public. Desperate to overcome the problem alone, George consults various speech therapists, who treat him for his stuttering to no avail. The situation changes when Georg’s wife finds a new speech therapist who promises to cure his stuttering using unconventional methods. As a result, the King manages to make a historic speech against the background of the outbreak of World War I.

The film “The King’s Speech” is about overcoming your phobias and inner demons that do not allow a person to be calm and relaxed. It’s also about the fact that everyone has difficulties, including royalty.

Ben Whittaker is a 70-year-old retiree from New York City. Unlike his peers, he is not going to sit at home and wants to continue working. By chance, after learning about a social program for retirees, he gets a job at the office of a fashion brand as an intern under the guidance of a young girl. Ben will have a hard time because the entire team consists exclusively of young people, and Ben barely knows how to use modern technology. Nevertheless, thanks to his wisdom and life experience, the immature intern soon becomes an indispensable employee.

The film “Trainee” is a clear example of the fact that you can succeed at any age. It is only essential to have enough curiosity, willingness to learn, and the ability to take advantage of its advantages.

The good movies are great to motivate and inspire you to keep moving forward despite fatigue. The list includes dramas and comedies, but they all have one message: the importance of self-actualization, talent development, and dream fulfillment. Find interesting training courses on the portal.

Vicki Mata is a dedicated writer for the WowEssays blog who knows how to provide valuable advice and tips for better college and university education for students.