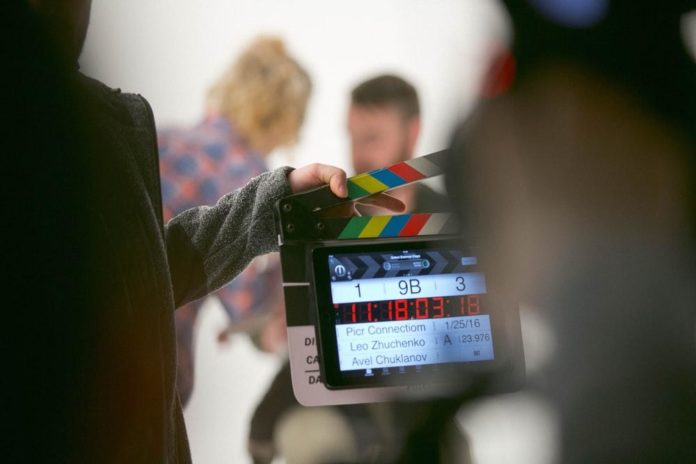 Learn about some of the best film schools in Europe. These universities and institutes are good options and you should definitely consider them if you plan to pursue a career in filmmaking.

The seventh art is an incredible world that everyone should explore, whether as a viewer or a filmmaker. If you are a young film devourer or a person with a creative drive that you can’t control, you may want to consider a career in filmmaking. You should also know which are the best schools or institutes to study filmmaking in Europe since the old continent offers enormous possibilities for development in this area.

Although many filmmakers are wary of the so-called streaming era, these trends have opened new doors for filmmakers. For example, platforms are increasingly interested in strengthening their catalog of original productions. In addition, they make it possible to launch these titles in dozens of countries simultaneously.

We would like to offer a small guide to those young people who are interested in studying film in Europe. A search on the Internet will yield several options, but you should aim for the top to receive quality training in all areas covered by the filmmaking career.

Anyone thinking of studying film in Europe should keep the London Film School in mind. It is a great place to train in the seventh art, which is located on the premises of a former brewery in Covent Garden, England. Also known as the LFS for its acronym in English, it is one of the most recognized institutions in the film industry. Its history dates back to 1956 when it was founded by Gilmore Roberts under the name of the London School of Film Technique. Between 1971 and 2000, it was known as the London International Film School; however, it resumed its original name in 2001.

Students find the environment conducive to enhancing their creative abilities so they don’t even pay someone to do my essay or research paper. This is large since the London Film School adopts the conservatory model, in addition to the fact that the vast majority of its programs enjoy numerous recognitions from different organizations. For example, its courses in cinematography, screenwriting, and business in the film industry have the ScreenSkills distinction, reflecting its high level of professionalism.

The Academy of Performing Arts’ Film and TV School, better known as FAMU, is another of the best choices you can make to study film in Europe. It is a university located in the heart of Prague, Czech Republic, which specializes in teaching different artistic expressions. The Film and TV School has a great reputation for training filmmakers and all kinds of creatives related to the film industry.

It is a viable option if you want to pursue a bachelor’s, master’s, or doctoral degree in Directing, Documentary Filmmaking, Screenwriting, or Dramaturgy, in addition to having areas focused on Animation Film, Sound Design, Editing, Production, and Audiovisual Studies.

University of Television and Film Munich

The University of Television and Film Munich is located in one of the most iconic cities in Europe. Founded in 1966 by decree of the Bavarian government, it is the most respected film school in all of Germany. Among the institution’s enormous advantages is its small enrollment, which allows the teaching community to pay special attention to every student.

Among the great talents that emanated from its classrooms is Wim Wenders, who was even nominated for the Academy Award in the category of Best Documentary Film on 3 occasions. Likewise, Caroline Link was trained at this institution, achieving years later an Oscar nomination in the Best Foreign Language Film section for her film Beyond Silence. Other notable alumni include Florian Henkel von Donnersmarck, Toni Erdmann and Maren Ade.

In addition to being educated in the major areas of filmmaking, students must also choose from interdepartmental subjects that include the fields of creative writing, television journalism, and advertising.

The experience of studying film in Europe can become unique if you decide to study at La Fémis. This is the national film school in France, an institution that reports directly to the Ministry of Culture and Media. Along with another select group of educational institutions, it stands as one of the most renowned institutions.

In fact, La Fémis is on a par with schools such as NYU Tisch School in New York, USC in Los Angeles, and NFTS in London. According to The Hollywood Reporter, one of the most recognized media in the world of entertainment, the school of Gallic origin is ranked sixth globally.

Students receive solid guidance in different areas, which include everything from directing to screenwriting, image, decoration, editing, and production. Likewise, they have subjects oriented to the training of those who will be responsible for the distribution of the films. On the other hand, enrollment is quite small, with only about 32 students per class each year.

The Lodz Film School ensures that you are trained to the highest standards. It is one of the best options if you decide to study film in Europe, and it is also one of the oldest in the world. The great feature of this school is its approach to a teaching method that prioritizes practice at the highest level.

The institution stands out for the training of directors, animators, photographers, editors, cinematographers, and screenwriters, who receive practical workshops to perfect their students’ skills. In this way, they promise integral artistic development.

The school was founded on March 8, 1948, in Lodz. The original plan was to move it to Warsaw after the reconstruction of the city following the damage suffered during World War II. However, it remained in the region and soon became one of the symbols of film education globally.

We hope you enjoyed our selection of schools where you can learn filmmaking. Choose the best one for you, get ready for your exams and go!