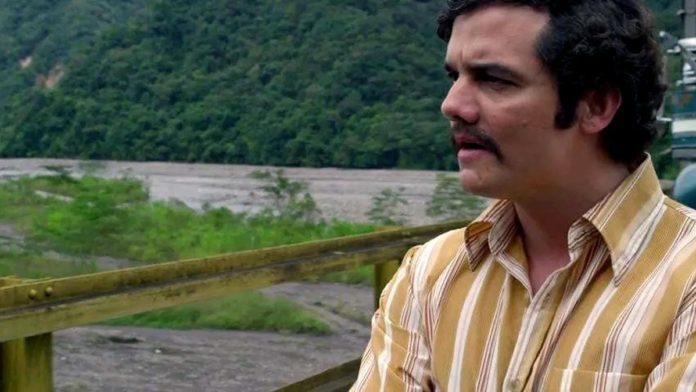 When thinking of one of the biggest crime bosses to have ever existed, there are a few names that will immediately spring to mind.

However, given how popularized he has become in social pop culture and media, there is no denying that Pablo Escobar is one of those names to immediately be thought of.

Indeed, Escobar is one of the most notorious and well-known drug traffickers in history. Thanks to his wealth and power, he was able to amass an enormous amount of influence and control over the illegal drug trade in Colombia, as well as other parts of South America.

Many films and TV shows have been created about Escobar

Because Escobar made such a huge impact on the world of organized crime, it is unsurprising that there have been numerous movies about him and his life. These films explore a variety of different themes related to Escobar’s legacy, including crime, corruption, violence, fame, greed, etc. They also shed light on some of the broader social and political issues surrounding Escobar’s criminal career, such as drug trafficking and its effects on society.

Over the years, he has been the subject of many movies, with some portraying his life in great detail while others use his character as more of a supporting role. These are just some of them:

“Narcos” is a popular Pablo Escobar series that tells the story of his rise to power and his eventual downfall. The film explores the Colombian’s motivations for getting involved in the drug trade, as well as the violence and chaos that he caused throughout his career.

“Narcos” also provides a glimpse into Pablo Escobar’s personal life, including his relationships with his family and friends, whilst also showing how he came to his demise. Indeed, the Netflix series became a huge hit as it has gone on to follow a number of different individuals following Escobar’s killing, as viewers can watch how Gilberto Rodríguez Orejuela and Hélmer “Pacho” Herrera take control before the series heads to Mexico and follows Miguel Ángel Félix Gallardo’s decision to try and make the business successful in the Latin American country.

Naturally, the franchise has been able to enjoy a huge amount of success all over the world, with many having looked to benefit from it. For instance, there is the possibility to enjoy it as a game as it is available as one of the many online slots in NJ that individuals can enjoy, whilst there is a significant amount of merch and other TV/films to have been created based on Escobar’s exploits.

“Scarface” is another popular Escobar movie that tells the story of his criminal career. However, “Scarface” takes a more stylized approach to his story, and it focuses on the excesses of his lifestyle.

“Scarface” also includes a number of subplots that explore other aspects of Escobar’s life, such as his relationships with women and his involvement in the Colombian drug trade.

“Blow” is an Escobar movie that tells the story of the Colombian drug lord’s early life and his entry into the world of drug trafficking. The film focuses on his initial foray into the cocaine trade, and it chronicles his rise to power within the Colombian drug cartel. The film also explores Escobar’s personal life and relationships.

Why has Escobar been popular?

So why have there been so many movies about Escobar?

One reason is that his story is very dramatic and compelling. His exploits made him one of the most famous criminals in history, and he became infamous for being both ruthless and bold. This combination of traits made him an interesting character to explore onscreen.

Another reason why there are so many movies about Escobar is that his story can be adapted for different genres or audiences. For example, there are action movies that focus on his criminal activities, while other films attempt to humanize him and explore the reasons behind his actions. Some movies even take a comedic approach to his story, using his reputation as a drug lord for laughs.

No matter the approach, it seems that Pablo Escobar will continue to be a popular subject for movies for years to come. His larger-than-life persona and dramatic story make him an irresistible figure for filmmakers, and audiences seem to be just as fascinated by him as well. Therefore, it is likely that we will be seeing many more movies about this particular individual in the future.